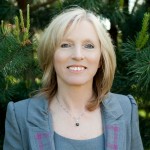 Professor Elzbieta Frackowiak has considerable academic achievements proved with over 165 papers in international journals, 24 book chapters and 20 patents with citation number over 20500, Hirsch-index 60 and copious number of invited keynotes and plenary lectures during international conferences (more than 50). She is also a co-editor of 2 books. Her major interest of interfacial phenomena at the electrode/electrolyte interface in energy storage/conversion devices is perfectly reflected in the papers published in various highly-ranked international journals. She serves as Advisory Board Member in Energy & Environmental Science and served in Electrochimica Acta journals. Several of her papers are readily cited by researchers focused both on electrochemistry and material science.

As recognition of her accomplishments, she was chosen in international voting as Chair-Elect (2009-2010), Chair (2011-2012) and Past-Chair (2013-2014) of the Division 3 „Electrochemical Energy Conversion and Storage” in the International Society of Electrochemistry. She was also a Carbon editor. This distinction clearly indicates about her significant research achievements in the scientific electrochemistry community. In 2011, she was awarded the Prize of the Foundation for Polish Science for “Investigation of novel carbon materials and their composites for electrochemical energy conversion and storage”. This award is the highest and the most prestigious scientific prize given by the scientific community in Poland. Moreover, as the greatest appreciation for her efforts in Polish contribution for the world-wide science, the President of Poland honoured her with the noble state decoration – Officer’s Cross of Polonia Restituta Order. She is also member of the Polish Academy of Sciences (and vice-president in 2015-2018).